How to choose a payment system

The history of payments

With every new step of civilization come new, better mutual settlement methods. Initially, it was barter, then bank notes, some time later - checks and orders. Not long ago, credit and debit cards emerged which was a veritable breakthrough in the economic field. Cards combined the convenience and the security of accounting and storage of money. But cards had their weak spots too:

1) Not everybody could get ahold of one of those cards due to different reasons.

2) Minimum payments were limited to $1.

3) Every bank operation too was taxed with a minimum fee.

4) Cyber criminals could steal bank card numbers along with information linked to them which could be used for shady purposes later on.

Financial operations carried out on the internet are carried out by means of electronic money. Every electronic payment system has its own internal currency that is used for transaction processing. Units of money within payment systems can be cashed, transferred to bank cards and exchanged for each other.

Unlike bank cards, electronic payment systems are not as widely used: shops accept bank cards and cash only, whereas, on the internet side, electronic money use is just as prevalent.

The proliferation of the internet and the ease of electronic transactions are conducive to their rise in popularity among users. Since electronic money doesn't physically exist, its reliability is in question. Most electronic payment systems emerged in just the past century, and some of them have become full-fledged financial organizations that can guarantee as much as banks can. And the most successful electronic commerce players deserve trust.

What should we pay attention to while choosing a payment system?

Time in the electronic commerce market

Smoothness of services and customer support

Number of acquiring banks and ability to choose from them

Level of technical advancement, user-friendliness, and convenience of interface, ease of service integration

The most well-known electronic payment systems

1) Electronic payment system OKPAY was established in 2009 in the British Virgin Islands as a company that specializes in financial software development, online sales, and marketing.

Right now, OKPAY is located in Cyprus and operates in more than 200 countries. The system has more than one million registered users and supports 21 currencies

The secret behind OKPAY's popularity lies in its absolute simplicity, wide range of financial services and high level of security.

Verified users can carry out unlimited, in terms of number and volume, financial operations in a great variety of currencies, use OKPAY plastic cards for worldwide payments, make deposits and earn a 3% interest, and much more.

2) WebMoney is a famous Russian-based payment system that was established at the end of 1998. Today, this company is one of the most successful players in the electronic commerce market. Over the years, the system has earned much popularity with users, many of whom use WebMoney as their primary online payment solution.

What's interesting, is that WebMoney is not actually a payment system, legally speaking, since Title Units (WebMoney internal currency) exist as property rights, managed by Guarantors.

Each WM user has their own personal Business Level. BL is a general characteristic of a WM-indentificator's business activity which is based on how much time they spend using WebMoney, how many users they strike deals with, transaction volume and general feedback-determined reputation.

WebMoney offers 40 additional services, most of which are electronic commerce tools. These tools can be used for online store creation, affiliate program management, sales of goods and services, and so on. In order to gain access to the services, users have to verify their identities by submitting certain documents and getting a WM certificate (internal passport which displays all data about the owner). Such a certificate boosts the owner's trustworthiness.

3) Electronic payment system Yandex.Money came into existence in 2002 as a joint project lead by Yandex and Paycash. In 2007, Yandex purchased Paycash's share, and the system was named "PS Yandex.Money". This payment system was initially aimed at Russian audiences, this is why it supports exclusively the Russian ruble which is no hurdle to users from the CIS.

Upon logging into the system, the user receives impersonalized monetary operator guarantees signed by their own hands. In other words, the user receives an electronic analog of cash, electronic money. All funds circulating within the Yandex.Money system are backed by real assets stored in real bank vaults.

This system can be used for private, family and household needs only, excluding business activities. Only natural persons can have Yandex wallets.

In 2011, the system started allowing users to link their bank cards and pay with electronic money using them. One year later, YM obtained a license from the Central Bank to issue Gold MasterCards under the authority of Tinkoff Bank.

4) Payment system PayPal was created in 1998 by a Russian and an American. It allows for safe, fast and convenient payments, transfers and withdrawals. During the first two years of its life, the system experienced an unprecedented growth, which prompted the monster of all auctions, Ebay INC., to purchase this payment system.

PayPal processes more than 11.5 million transactions on a daily basis and can boast 162 million active users in 203 countries. Users can store funds in 26 currencies. In 2014, every 10th electronic USD was processed by PayPal.

PayPal offers 3 account types: 1) personal - for money transfers and online purchases; 2) premier - the same as personal, plus the ability to receive money from buyers and customers; 3)business - created specifically for organizations, registered on their details.

5) Payment system Perfect Money came into existence in December 2007. Back then, a company named Perfect Money Finance Corp. was registered in the Republic of Panama. Headquartered in Zurich, Switzerland

In 2013 the system was purchased by a Belizean-based offshore company Startup Research and Investments. As a result, transaction security improved significantly, the service started working better and faster, and the website moved to another domain - perfectmoney.is.

The system allows users to carry out all kinds of operations in USD, EUR, gold, and BTC. Perfect Money has become widely popular among CIS users due to its ease of use, optimal security and low transaction fees.

Perfect Money's daily turnover exceeds 2 billion USD, and the system processes 40 million transactions daily. Moreover, PM is steadily growing and introducing new services every once in a while.

Perfect Money doesn't allow US residents to use its services because of US laws. This is why visitors with US IP addresses are immediately dropped by the system. 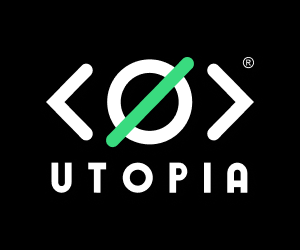